PUP.Optional.Tuvaro.A is deemed as potentially unwanted program that performs malicious actions once installed on the computer. This detection by Malwarebytes Anti-Malware program is given to specific software that user may optionally install together with third-party application. However, due to lack of notification during the install process, PUP.Optional.Tuvaro.A often gets into the PC without user’s knowledge. Thus, you may see unwanted program on the computer without a notice.

In usual situation, PUP.Optional.Tuvaro.A is bundled to freeware or shareware applications. In fact, there may be other unwanted programs that are packed to the main software that users preferred to obtain. Authors behind malicious programs are utilizing pay-per-install scheme to deploy their products over the Internet.

There are also instances that malware are being used to deploy PUP.Optional.Tuvaro.A. In this case, the threat can be acquired when visiting malicious web pages, downloading compromised files, or using file-sharing apps. Links from spam emails and social media sites are also one medium consumed by attacker to spread PUP.Optional.Tuvaro.A.

Once PUP.Optional.Tuvaro.A is run on the computer, it targets mostly known browsers like Internet Explorer, Google Chrome, Mozilla Firefox, and Safari. This threat performs changes on browser settings that may result to home page hijacking and browser redirect problems. PUP.Optional.Tuvaro.A also drops extension, add-on, and plug-in to achieve other malicious tasks.

To start instantly when browser is opened, PUP.Optional.Tuvaro.A installs itself as browser helper object. This also gives the malware to have control on the browser and install its own search engine and toolbar object.

Presence of PUP.Optional.Tuvaro.A affects your installed browser program. Here are some obvious signs that the malware has invaded the computer.

Presence of the following files indicates that computer is infected with PUP.Optional.Tuvaro.A:

How can you remove PUP.Optional.Tuvaro.A?

To totally remove PUP.Optional.Tuvaro.A from the computer and get rid of relevant adware, please execute the procedures as stated on this page. Make sure that you have completely scan the system with suggested malware removal tools and virus scanners.

1. Download Malwarebytes Anti-Malware from the link below. Save the file on your hard drive.

2. Once the download completes, double-click on the file MBSetup.exe to run the program.

5. Just proceed with the succeeding prompts until it start to execute the installation procedure. 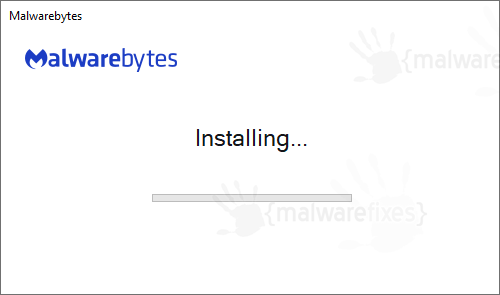 6. Installation process will take less than a minute. It should run automatically after completing the setup.

7. When Malwarebytes Anti-Malware interface appears, please select Scan on the menu. The program will check for any available update before proceeding. Do not skip this step. Virus scan may take a while, please wait for the process to finish. 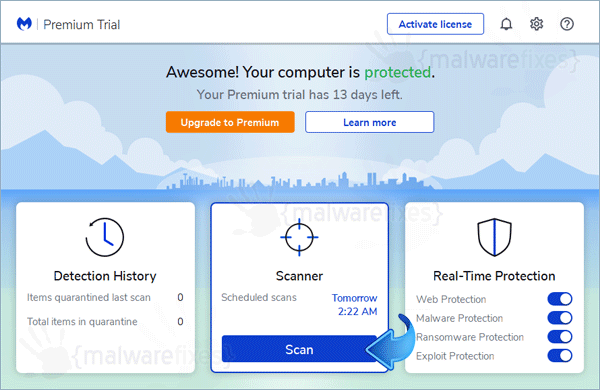 8. When scanning is done, Malwarebytes Anti-Malware will display the list of identified threats. Remove all and restart the computer to finalized the scan process.

1. Download the tool called AdwCleaner from the location stated below.

2. Once you have completed the download, please close all running programs on the computer.

3. Locate the file and double-click on adwcleaner.exe to start running the tool. 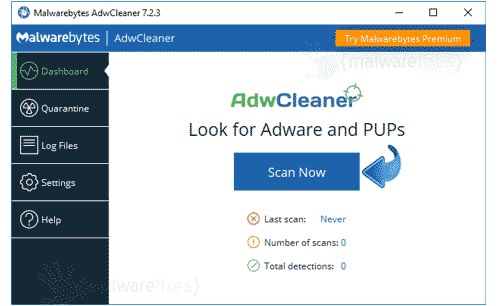 4. It searches for presence of harmful programs, plug-ins, add-ons, or any data that were found malicious and linked to PUP.Optional.Tuvaro.A. You may have to delete each detected item.

5. Once scan is done, the tool may need to reboot your computer to finalize the cleaning process.

6. After reboot, open AdwCleaner once more. Click on Uninstall to remove this program from your computer.

Malwarefixes is a team of computer security enthusiasts compose of malware researchers, IT consultants, and technicians. Founded in 2013 to provide specific removal instructions to help computer users easily deal with virus and malware.

Go to mobile version
We use cookies to ensure that we give you the best experience on our website. If you continue to use this site we will assume that you are happy with it.Accept